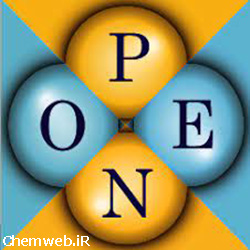 OpenMx software free download is a package for nano-scale material simulations based on density functional theories (DFT) in computational chemistry. the methods and algorithms used in OpenMX and their implementation are carefully designed for the realization of large-scale ab initio electronic structure calculations on parallel computers based on the MPI or MPI/OpenMP hybrid parallelism.

The efficient implementation of DFT enables us to investigate electronic, magnetic, and geometrical structures of a wide variety of materials such as bulk materials, surfaces, interfaces, liquids, and low-dimensional materials. Systems consisting of 1000 atoms can be treated using the conventional diagonalization method if several hundreds cores on a parallel computer are used.

Considerable functionalities have been implemented for calculations of physical properties such as magnetic, dielectric, and electric transport properties. Thus, it is expected that OpenMX can be a useful and powerful theoretical tool for nano-scale material sciences, leading to better and deeper understanding of complicated and useful materials based on quantum mechanics. The development of OpenMX has been initiated by the Ozaki group in 2000, and from then onward many developers listed in the top page of the manual have contributed for further development of the open source package

Features and capabilities of OpenMX software: